Have you ever thought how fun it is to gather as many people as you can within a city to your side until you have amassed a sizable crowd that can influence and overruns others? If you said yes, then Crowd City is the game for you!

Created by VOODOO games, this fun arcade title has a simple premise – recruit as many people as you can within a city map to overwhelm opposing players.

You begin a match in a random area within the city along with around thirty people in your crowd. Gray-colored people are walking about within your area, and you have to walk over to them for them to be assimilated to your party. Doing this assimilation increases your crowd’s size – this is important since the objective of the game is to get as many people to your crowd as possible.

That said, you are not the only one who has this task – other players are also looking for people to gather, and once you and their crowd come face to face, you will either win or lose depending on how many people you have. This is why it is crucial to amass a huge crowd before you collide against other players since you can either assimilate the other player’s people based on how big your crowd is – if the other player has a bigger crowd than you, chances are you will be the one who will be assimilated!

Luckily, the play area lets you see how the other players are doing. You will see several colored indicators on your screen with a corresponding arrow. These are the different players you are competing against, and the number determines how big their crowds are and the arrow is the general direction where they are on the map. The other players also have these indicators in their respective screens, so each player will know where the other players are and how big their crowds are getting. You will have to make the most of this information so that you can begin stalking players who have smaller crowds and avoiding players who have bigger crowds than you.

In terms of combat in Crowd City, your only mode of attack is to either get a huge volume of people in your crowd and try to look for other players who have less number of people that you can run over, or you can try to be sneaky and trim off other players’ crowd by stealing some of their people by coming at their crowd from behind.

The first option is the more obvious one to do. In the early stages of the map where there are still a lot of gray-colored people to conscript, amassing a big crowd is quite easy. However, once you notice that the gray-colored people start to become scarce, you need to check how big the other players’ crowds are. Look for the player with a less number of people in their crowd and try to assimilate them to your side. The less risky way to do this is by running through the opposing player’s crowd and routing the ‘head’ area (think of those Snake games where you beat other players by eating their tails then working your way to the head). Doing this will make your crowd bigger, and allow you to bully other players until you have the biggest crowd in the city! 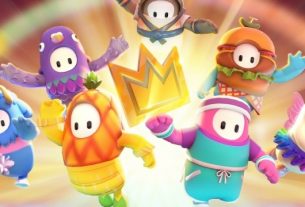 ‘Fall Guys’ is getting its first new level 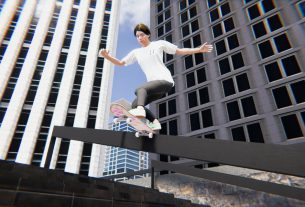 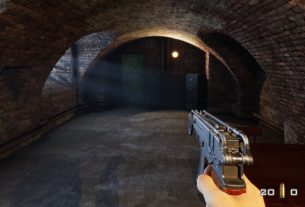